High Elves are a major race in Total War: Warhammer II, playable in multiplayer and custom battles. In the campaign, they have four playable subfactions, each led by a different legendary lord. 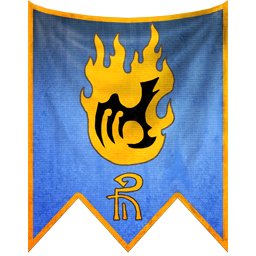 High Elf Mages generally have access to either the Lore of High Magic, Lore of Shadows, Lore of Heavens, Lore of Light, or Lore of Life. 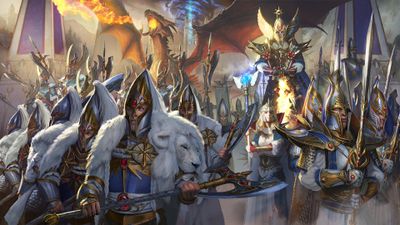 In campaign, there are four playable High Elves factions, each with its own starting position, led by separate Legendary Lords, and having different climate preferences. See individual pages for faction-specific info.

Influence and Intrigue at the Court[edit | edit source]

Espionage gives the High Elves an infiltrator with every faction they have a trade agreement with. This is similar to a defensive alliance, except you won't get pulled into unwise wars with your trade partner as you would with an ally. Additionally, High Elves have extra bonuses allowing them to earn lots of money from trade. On the campaign map, this puts Lothern in a strong position as they start near many friendly factions who are willing to trade. Thus, trade is even more vital to the High Elves than it is for Dwarfs or Empire factions.

Fortress Gates are a special type of settlement. Though not specific to the High Elves, they are found only in Ulthuan. They have larger garrisons but no building slots. Siege engines cannot be built, which makes them significantly more difficult to attack.

How to win as High Elves[edit | edit source]