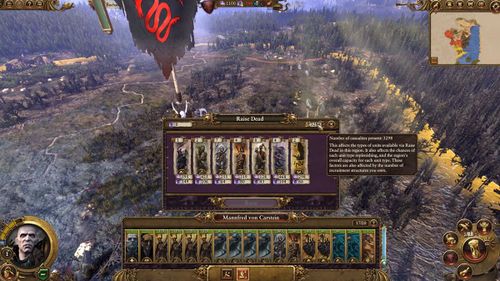 If you were looking for the spell of the same name, see Lore of Vampires.

This allows Vampire Counts and Vampire Coast to reinforce very quickly after a battle, especially when it is combined with normal recruiting/reinforcement.

Insert detailed info regarding which units are available under what conditions.