During the course of the Total War: Warhammer games, downloadable content is released. In most of the cases the content comes in form of new Lords and new Factions. This can result in the new faction taking the location of an old one, replacing it. An example of this is when Doomsayers Update released with The Prophet and the Warlock DLC. In the Mortal Empires map, the faction of Xlanhuapec got replaced by the new Cult of Sotek.

While the removal of a generic lord such as Rinki in favor of adding an actual established Warhammer lore character probably does not bother many at all, this page still exists as a form of documentation of what has been taken out of the game over the years. 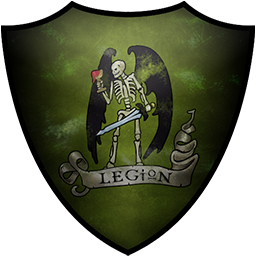 The banner of Schwartzhafen, a removed Vampire Counts faction.

Note that these were all minor NPC factions. No playable factions have been removed. 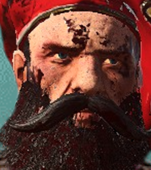 Note that these were all generic NPC lords. No playable lords have been removed.

With the Potion of Speed Update several of the factions with generic names such as the Empire had their names changed to something more unique and fitting for them. As such, the previous names are removed. Note that these only affect the "main" faction (with generic names) of these races, so factions like Bordeleaux won't have their names changed.