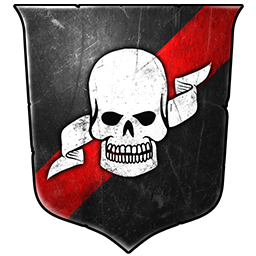 Rogue armies are warbands of desperate outlaws, and are often comprised of unusual combinations of troops. Rogue armies will appear from time to time, and will eventually seek to establish a permanent presence on the campaign map by colonizing a ruin or assaulting an occupied settlement.

The Tomb Kings and the Vampire Coast both must take on specific Rogue Armies to unlock features or complete campaign objectives.

How to deal with Rogue Armies[edit | edit source]

Unless rogue armies are at war with you, they tend to avoid targeting armies. However, they are actively drawn towards lightly-defended settlements, usually minor settlements, which they will happily attack if the army has a significant advantage. However, rogue armies, like all armies, take local power into account. A level II minor settlement with a small garrison will likely be attacked; a level II minor settlement with fortifications and a larger garrison will probably still be attacked, but not if the rogue army has been significantly weakened by battle. A settlement with an army embedded into it, especially a medium or large army (8-10 units or more, especially good units) will rarely be attacked. Yet if the army feels that it has a decent chance of winning a battle (rather than a siege), it may begin raiding in the province or right outside the settlement.

This propensity to avoid armies and attack settlements means that rogue armies are very vulnerable to battles in which the enemy (you) receives reinforcements. Since they are normally drawn to settlements, it is usually easy to engage a rogue army in a place where the settlement's garrison can provide reinforcements. Unless the rogue army has advanced units, this alone can usually tip the balance in your favor, so rogue armies near front-line settlements or heavily-fortified settlements are usually easily taken care of if you can get an army to their location.

Having a rogue army appear in your "backlines", near undefended settlements with none of your armies nearby, is significantly more problematic. The key in this situation is twofold. First, if you can, get an army to their location as soon as possible. Even if you have to raise a new one from scratch, having a decent-sized army can deter the attacks of rogue armies and help control their movements. Just be sure to not raise this army in the location they are likely to attack first, as your army will likely be wiped out before it has a chance to recruit. Second, fight all battles with them. Garrisons of minor towns tend to do minimal (if any) damage to large armies; however, even if defeat is assured, a garrison led by the player can deal significantly more damage to the rogue army before losing. This increased damage can help to minimize the army's rampage, as it is more likely to move slower and avoid tougher targets (due to being weaker than it was before). It is especially encouraged to prioritize the complete destruction of units if practical; whereas wounded units in a rogue army can heal, rarely will the army recruit entirely new units.

The best cure to rogue armies is the presence of your own armies. Rogue armies tend to steer away from fighting other armies if they are evenly matched; like hoard factions in most Total War games, battles damage armies, and since horde factions have no settlements, the healing and replacement of units is difficult, making battles much more of a loss than they are a gain for rogue armies. With a decent army, it may be possible to "steer" a rogue army into the lands of your enemies. Once there, they will raid your enemies and attack their settlements. They may even turn into a fruitful partner for diplomacy (due to close proximity to you and relatively weak power level) if they can take a settlement!

These armies only appear during a Tomb Kings campaign, and each hold one of the Books of Nagash.

These armies will always appear, but if you are playing a Vampire Coast campaign then defeating them will allow you to acquire one of the Pieces of Eight to unlock your Regiments of Renown.

Additionally, this army will appear and not move from it's location when playing as a Vampire Coast faction, and defeating them will allow you to obtain the Star-Metal Harpoon, which is required for campaign victory.

These armies only appear during a Vampire Coast campaign once you have raised your Infamy high enough. Defeating them will teach you a verse of the Sea Shanty, which is required for campaign victory.