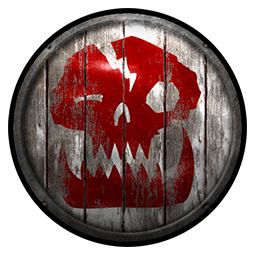 Savage Orc Tribes refers to a group of minor Greenskins factions who are grouped together for diplomacy.

They all function differently from a typical Greenskin army, as they typically only field Savage Orc units, and without the need of the Savage Orc Resource in order to recruit them. Additionally, they can function as a Horde army, even though they can take settlements. As a result, they will not take attrition if you destroy all their settlements.

They can also be respawned on the map via an Event.

Introduced in the The Old World campaign:

Skullsmasherz is not to be confused with Skull-takerz, which is a regular Greenskin tribe and not a Savage Orc tribe.

Skullsmasherz also appear in the Season of Revelation campaign, but it is just considered a regular Greenskin faction here, and has a different leader than in the main campaigns.

Introduced in the Eye of the Vortex campaign:

All three of the Savage Orc Tribes appear in the Mortal Empires campaign.