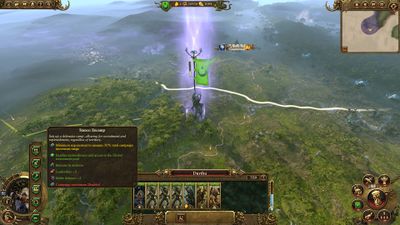 Stances can be adopted by armies on the campaign map. Different stances have different advantages and disadvantages. The stance button can be found in the bottom left corner of the screen when selecting an army - the same spot where the commandments button is found when selecting a settlement.

For most races, the default is to have no stance (Stance:None). This is the basic stance where armies can move and attack. A few races such as Beastmen and Skaven have special default stances.

These stances are common to many races, though not all races can use all common stances.

Only available to armies on the ocean.