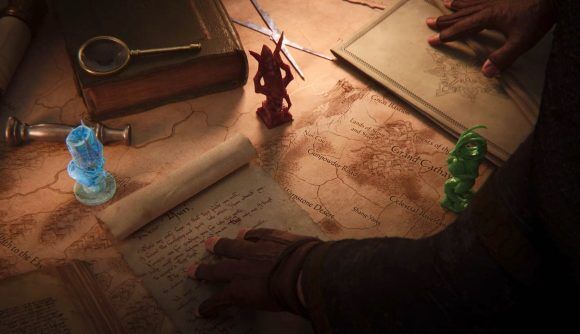 Seen in the announcement trailer.

According to Creative Assembly's Ian Roxburgh it is "roughly twice the size" of the Eye of the Vortex map from Total War: Warhammer II.[1]

It should not be confused with A Very Big Campaign, which will be a combined campaign for players who own all 3 games - the successor to Mortal Empires.