This page is about the race of vampire coast. If you were looking for something else, see Vampire Coast (disambiguation).

Vampire Coast is a playable race introduced in Total War: Warhammer II. It was added as part of The Curse of the Vampire Coast paid DLC.

The Vampire Coast is a race of undead who ply the coastline of Lustria in search of plunder. The armies of the Vampire Coast consist of zombified pirates armed with cutlasses, muskets and cannons, backed up by giant crabs and other undead horrors.

Pirates of Sartosa and

The Drowned, each led by a different legendary lord.

The armies of the Vampire Coast consist of zombified pirates armed with cutlasses, muskets and cannons, backed up by giant crabs and other undead horrors. One subfaction has access to living units.

There are eight Regiments of Renown available to the Vampire Coast. Instead of unlocking them by leveling up your lords, you must instead collect Pieces of Eight to unlock each of them. 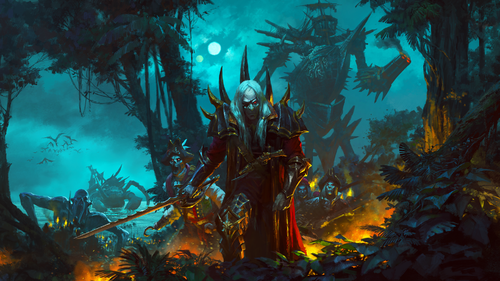 The Vampire Coast is a non-horde race that occupies settlements and controls provinces. However they also have the added benefit of pirate ships, which work somewhat like a horde army.

There are the following playable subfactions:

Players begin at Rank 14 and work their way towards Rank 1 as they best other pirate factions. As your rank improves, a pirate army will spawn for you to defeat and earn one of the three verses of the Sea Shanty.

After a victorious port-settlement battle, Vampire Coast factions may choose a new post-battle option. Instead of taking, sacking or razing the port, the faction may choose to establish a Pirate Cove in the vicinity. These secret sub-settlements can siphon a steady flow of income from the main settlement, and bring other benefits related to any upgrades the player chooses to build in the Cove. Heroes can also establish Coves, with no limitation on whether or not the Player is at war with the target. The Cove can only be destroyed if the settlement itself is razed. In addition, a competing Vampire Coast faction which conquers the settlement may commandeer the Cove for itself.

Legendary Lords sail in their own unique ships. Details of these ship are accessed via the Lord in the same fashion as Horde Buildings for Horde Factions, and contain many powerful upgrades for the Lord and his army. This does not make them a standard Horde faction however. Vampire Coast lords may also occupy settlements like any other non-horde faction, and may develop it using the unique new Vampire Coast building tree. In short, they benefit from the best features of both Horde factions and Settled factions.

Similar to the Wood Elves you can assign your lords to offices for various bonuses.

For victory conditions, see each of the Vampire Coast factions. 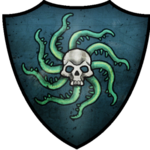 How to play the Vampire Coast Campaign[edit | edit source]

How to play the Vampire Coast Lords & Heroes[edit | edit source]